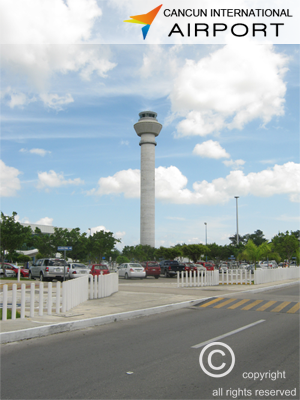 According to results of the survey programme managed by the Airports Council International (ACI), in 2009 Cancún Airport was ranked by passengers as the airport providing the best service in Latin America and the Caribbean.

GENEVA, 16 February 2010 - ACI World is pleased to announce the top performing airports in the annual ACI Airport Service Quality (ASQ) passenger survey. As a leading industry benchmarking tool, ASQ is designed to help participating airports to measure their improvement year on year, as well as to benchmark against their peers worldwide, within their region and in the same size category. A reliable monitor of airport service, ASQ is used by many airports as one of the key performance indicators of the airport's service.

ACI Director General Angela Gittens comments, "2009 was a tough year for airports worldwide. Traffic numbers fell while competition rose. For airports, it was a year of balancing tight budgets with high customer expectations for service excellence. The results of the year-long ASQ passenger survey help identify the leaders in meeting that challenge and demonstrate that airports have continued to invest and focus on customer service despite falling traffic numbers.

"I congratulate Incheon for its singular performance, having garnered the top spot for five years running. This record is no accident, nor for the others who year after year continue to receive top honours. All have learned to focus on key performance factors that their passengers most appreciate. All demonstrate that they fully understand that what pleases a passenger today becomes tomorrow's expectation, and that to stay at the top, an airport must continuously refresh its offer and introduce new innovations that continue to delight the passenger on subsequent trips. So I look forward to the official awards ceremony which will take place 13 May 2010 at the ACI Asia Pacific Region's Annual Conference in Sanya, Hainan, China, hosted by HNA Airport Group, a dynamic young company that embodies the enthusiastic development planning that characterizes this dynamic region."

In addition to the worldwide category, top performers are named for each of the 6 regional categories and 5 traffic size categories.

ASQ Programme Director Craig Bradbrook comments, "In addition to the top performing airports award, for 2009 we expanded the 'Best Improvement Award' to cover each of the six regions. The awards recognize those airports having made the most progress in improving service quality. The 2009 passenger ratings show that despite the economic crisis, overall satisfaction at airports increased by almost three percent worldwide compared to 2008. It is gratifying to see that 82 percent of the airports were rated with stable or improved performance. Winners of the Best Improvement Award are Cairo (Africa); New Delhi (Asia-Pacific); Cancun (Latin America-Caribbean); Ponta Delgada (Europe); Abu Dhabi (Middle East); and Cleveland (North America). From these excellent efforts and the sharing of information on service improvement initiatives, the ASQ programme becomes a source of best practice guidance for fellow participants."

Leading airports recognise that the most important aspect of providing great service in an airport is the provision of a spotlessly clean terminal and a relaxed, open, friendly ambience. They also recognise that it is vital to address the basics first. Ten factors identified as essential for high customer service ratings are, by order of importance: the ambience of the airport, cleanliness of the terminal, comfort of the waiting areas, availability of washrooms, cleanliness of washrooms, courtesy and helpfulness of the airport staff, business lounges, ease of making connections, passport / ID inspection experience and good shopping facilities.

The table at the end of this release identifies the top five winners in each category.

If you are are a Visitor from USA, Canada, United Kingdom, Australia or any english speaking country, please check our Arrival & Departure Information

Book a ride in Cancun and Riviera Maya:

Feraltar / Lumaale is the leader in airport transportation with over 30 years of experience and 150 million passengers served.

TO AND FROM
AIRPORT